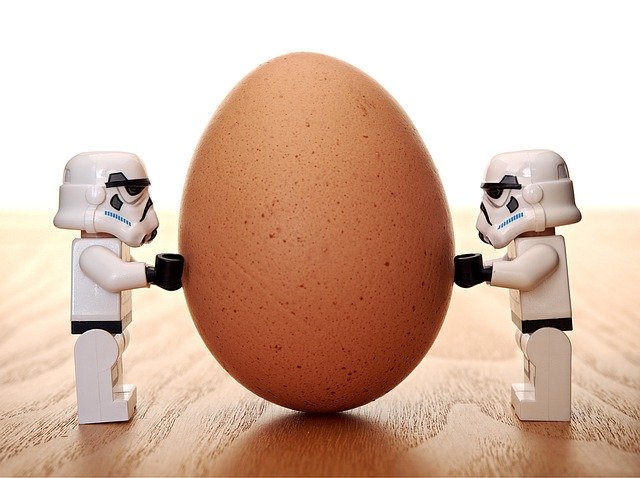 I have a reputation of being somewhat critical of Google (ok, very critical). Those who know me realize that I mean no harm, and I actually hold myself to that same high standard. As the largest search engine in the world, and the entity responsible for 80%+ (87% as of Jan 2020 according to Statista) of US search engine use, I believe that Google should be held to a very high standard. Some would say an impossibly high standard.

Since I’m often critical of Google, I wanted to take this opportunity to highlight something they’ve done that I think is really great. Google announced Wednesday in a blog post that they are inviting SEOs to submit case studies of how improving SEO has helped businesses succeed online. They even titled it “Showcasing the Value of SEO.”

In reading through this post and the case study they chose to feature, it looks like Google took the feedback of many SEOs seriously, because I think it addresses a lot of the concerns I pointed out in my last critical review. 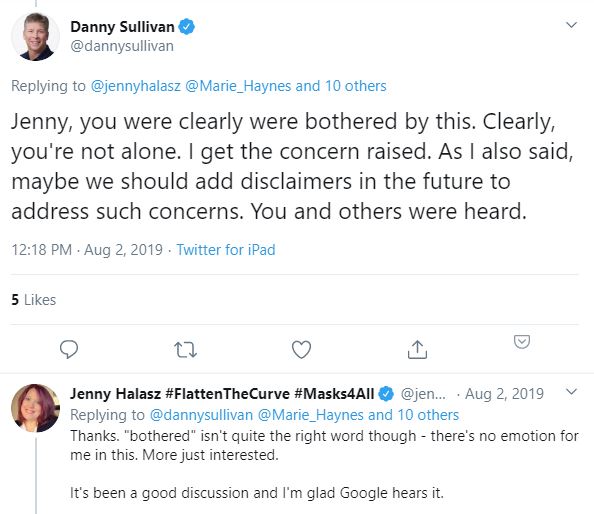 Taking the advice of many SEOs to heart after the last post that featured individual SEOs, Google appropriately placed a nofollow tag on the link they included to both the SEO and the agency that was featured in this post. Google themselves have said that a link to another site is a tacit endorsement of the content found there, and that it’s not appropriate to link to sites that you do not recommend or which are receiving benefits in return unless you include a nofollow attribute on that tag. However since that last post, Google has announced that “nofollow” on links will be treated as a hint and not a directive anyway. Either way, it’s nice to see them practicing what they preach, and even nicer to see that the feedback they provided the community last time was considered this time as well: 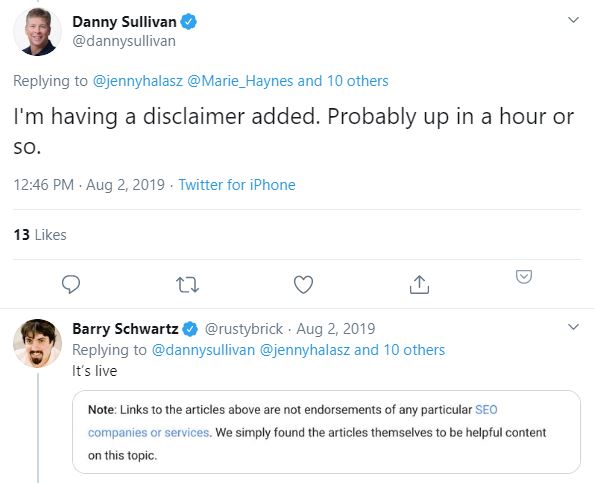 Other than providing some links and use cases for their own tools, Google doesn’t provide a positive or negative view of any of the tactics described in the case study. There’s no opportunity for (usually) well-meaning SEOs or journalists to pick it apart and declare that “Google recommended… ” anything. By presenting the case study as simply an opportunity where an agency (or consultant) provided SEO recommendations, they were implemented, and the client saw success as a result, the article doesn’t endorse or imply success with any specific tactics.

Supporting SEO as an Industry

I think this article and presumably the others that will follow are a great way to illustrate the value of SEO. Obviously I think SEO is a highly worthwhile endeavor, but there have been many times in the last 20 years that Google has appeared to devalue SEO as a whole. With these case studies and the webmaster conferences, Google is taking important steps to show that SEO is valuable.

Selfishly, I also liked this particular case study because it highlights the importance of technical SEO, a sub-specialty discipline whose value is often debated in the community:

Saramin’s SEO process started with Google Search Console. In 2015 they verified the site in the tool and spent a year identifying and fixing crawling issues. “The task was simple, but still resulted in a 15% increase in the organic traffic“, Tae Sung said.

You many recall that in my last post, I mentioned that I was disappointed with how all of the articles Google chose to feature were US-centric. Whether purposefully or accidentally, I really appreciate that the first case study featured is from an SEO agency in Korea. Overseas SEOs often get a bad rep, and just like US SEOs, not all can be trusted… but there is excellent SEO work coming from every corner of the globe. In my opinion, it’s important for Google to embrace that good work publicly.

By opening the opportunity to submit case studies to anyone*, Google appears to encourage SEO agencies and practitioners outside the “filter bubble” of SEO Twitter to participate.

*Note, all Webmaster Conferences are currently suspended due to COVID-19, which has closed the case study submission form. Hopefully they will open it back up soon even if the conferences cannot restart yet.

Google and SEOs: On Again, Off Again

Google and SEOs have a long and complicated history (which Barry Adams explains quite well in this post from 2012), but ultimately I’ve always felt they understand the importance of SEO as a discipline. After all, we take their generalized suggestions and show webmasters how to apply them. This in turn improves the quality and variety of search results available. For the most part, I think they’re receptive to feedback (and constructive criticism). This feels like a time that they listened and adjusted accordingly.