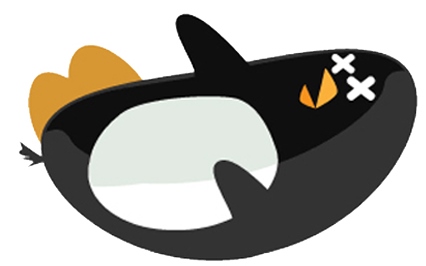 Google told us today that the “penguins won’t march again” this year. Marching is a pretty good description, since marching implies a regimented, formalized, “everyone move out of the way” type of procession. I don’t think it’s any mistake that Google used that verb, because every time Penguin has updated (as infrequent as it’s been), it’s “marched all over” website owners. Whether they knew it was coming or not isn’t the issue, and whether they did anything to deserve it, even less so. The issue is that Google is taking a Third Reich type approach to search (Edit: This is meant to be a joke based on Godwin’s law and the early days of usenet, not to equate Google with Hitler). No longer the open opportunity equalizer that search used to be, increasingly small business owners find themselves pushed out, either because they don’t have the budgets to create buzz the way large companies do, or because they don’t have the money to hire good quality SEOs the way that large companies do.

Most SEOs who know aren’t surprised that Google isn’t marching their penguins this year. We saw this coming. In fact, I’ll still be surprised if Penguin ever marches again. Google has already admitted that they will not be able to roll out Penguin in its old style; that it will have to be a real time algorithm that can update fluidly with the rest of the index. What most people don’t realize though, is that

Google is one of the most technologically advanced companies in the world. They have an enormous codebase, thousands of powerful servers, superhuman programmers, and every resource available at their disposal. So why has it taken over 15 months to fix this problem?

The answer is that Google’s heavy-handed policies (right or wrong, doesn’t matter) have forever changed the way that webmasters interact with each other. No longer a free and open exchange of ideas, webmasters are afraid to even mention other sites. They’ve carefully sculpted their sites with strategically placed canonicals, 404s, 410s, and noindex commands. They’ve nofollowed all their outbound links just in case Google thinks they are linking out too much. Webmasters live in fear of a Google smackdown.

Contrast this with the free and open exchange that the internet was conceived of – a cooperative online “society” that could share science, math, art, and literature. The early days of the internet were without search engines; indeed the only way you made a site “visible” was by participating in a webring or engaging in some similar link-based partnership. Google capitalized on that with their PageRank algorithm, thinking that if lots of sites linked to another site, it must have some value. Positive or negative sentiment didn’t matter; if it was linked to often, it was likely to be something that others might want to see.

Google pioneered their search engine and all of their technology – the most basic level of their codebase – on this link based system. True that many took advantage of it, and something had to be done. But by creating an environment of negative reinforcement and a penalty based algorithm, Google scared people away from sharing.

Now that Google has broken the link system by injecting it with fear and various complicated technical factors that the average website owner doesn’t understand (much less can implement), they’ve created an environment where the most basic, most central element of their algorithm no longer works.

So rather than lamenting that the Penguins aren’t marching again, the collective SEO and internet community should be joyful. This is yet another sign that Google’s algorithm is out of control – even for them – and that drastic, dramatic, and significant change will be required to move forward.

Update: Today I was working on a re-branding project. The domain owner is moving to a new domain and wants to update mentions and links from the old one to the new one. Partly for link value, but mostly because they want the new brand referenced correctly. This client has links from places like the NYT, The Wall Street Journal, and CNN. 3 of these major publications (not the ones mentioned) have told us that their new policy in response to Google’s algorithm changes is not to link out to sites at all. They warned us that if they put the piece back through editing the link would be removed entirely. Still think links aren’t broken?!