ClickZ Live: Pay to Play or BYOB (Bring Your Own Brand) 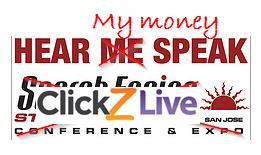 No one’s more disappointed than me by the recent changes Incisive Media is making to the ClickZ and SES brands. Search Engine Strategies (SES) NY was the first search conference I ever attended, back in April 2004. It was the first SES conference in NY after 9/11, and inside the palpably hopeful and renewed NYC, there was a large gathering of online marketers (we actually called ourselves SEO and PPC experts back then) who knew that even as the world was undergoing a significant change, we were a part of an exciting new frontier. The excitement of being back in NY for the first time in 4 years was electric.

That conference, led by the incomparable Danny Sullivan, was a powerful symbol to me of the search community. I felt like I was “coming home” as I met so many other like minded individuals and assimilated a massive amount of new information from amazing people like Bill Hunt, Heather Lloyd Martin, Dana Todd, Greg Jarboe, and Christine Churchill. I knew that someday I wanted to be one of those subject matter experts – leading and teaching.

I Wanted to Become a Speaker

My dream wasn’t realized until several years later, in 2007, when a new conference series (Search Marketing Expo) gave me a shot at the Local/Mobile conference in Denver, CO. But I was bitten by the bug, and I’ve spoken at at least two conferences a year ever since. I love speaking. While I won’t lie that it has big payoffs in terms of visibility and eventual work (as a consultant, I’ve got to hustle my work myself), what I love most about speaking at shows is the opportunity to teach. I would have been a teacher if there was any money in it, and in fact, I substitute taught while I was still in college. I love the opportunity to debunk myths with facts; to encourage young minds to question, test, and think for themselves. Speaking renews me and helps me focus on what I love most about my work.

Over the years, I’ve made great friends from speaking at conferences, and I feel a connection and camaraderie with my fellow search marketers that I don’t feel anywhere else. We support each other and in many ways, we’re like a giant family. Speaking gives me the opportunity to reconnect with my search family. Search Engine Strategies has been a big part of that over the years.

Unfortunately, as our once little family expands into new disciplines and an ever expanding level of influence, the conferences have become harder to plan. The once highly successful expo halls (NYC once had 3 floors of expo hall!) became less and less successful for the vendors as the audience diversified and became more and more experienced themselves. The speakers had a harder time appealing to the wide variety of attendees. And of course, with the massive recession beginning in 2008, the sponsors became fewer and harder to procure. All of this has led to a difficult situation for the conference coordinators. They have to adapt, but none of them seems quite sure how to do it.

Coming to the Wrong Conclusion

Incisive Media is reportedly exploring two paths that work in other industries, but I don’t believe will ever work in ours. The first is the expanded ClickZ Live show – the replacement for the once large regional SES show. They’ve instituted a pay to play system where they’re planning to require “vendors” (loosely defined as those who offer services) to pay to speak. This is a dangerous path; the very idea that sessions are in any way sponsored will create a stigma around the content, even if they do manage to keep it good quality. However, the best speakers (the ones I mentioned before, and very popular vendors like Dixon Jones of Majestic SEO) will likely not agree to pay. I hope that they do not. As speakers, we’re already providing free content and paying our own way (most of us) for hotel and airfare. If they start requiring speakers to pay, I’m out. On an ethical level because I just don’t agree with it, but also on a practical level because I can’t afford it. I already have to carefully pick and choose my shows because of the aforementioned travel costs.

(UPDATE: the content on this page has been changed, we are seeking confirmation – but this is what it used to say:)

Whoring Out My Clients?

The other path is one that’s even more concerning to me. I recently applied to speak at SES Atlanta, Incisive Media’s answer to maintaining the SES shows – hyperlocal conferences focused only on search. I applied to speak because I was so excited to see a southern show (most of them don’t make it to the southeast). But I was told that to be considered, I needed to “bring a brand or provide a brand contact”. Technically, they told me this, but the intent is clear:

“In each session there will be two speakers: an agency/consultant and a brand.   Those from an agency/consultancy will have a much better chance of being selected to speak if they can either invite a brand to speak alongside, or provide some contacts so that I can reach out to them myself.”

As a consultant, I work with big brands every day. Huge brands, in fact. The type that Incisive would give their eyeteeth to talk to. But I also have a highly confidential practice. These brands reach out to me because they trust me to keep my involvement with them confidential. There’s a reason I don’t have brands listed on my website. While some of them would likely agree to let me use their names, I don’t want to do it, and here’s why. If I give the impression of being someone who lists out brands, or who names brands in presentations, I run the risk that I will lose potential clients’ trust. They need to see me as a highly ethical individual who keeps quiet about who I work with. I have existing clients that I would most certainly lose if I were ever to name them.

That’s simply too big of a loss to risk in exchange for a conference where I either lose money to spend my time and fly there or where I would even have to pay to speak. It’s a lose/lose situation. And I doubt I’m the only one.

So I’m not declaring an irish funeral yet, but I sincerely hope Incisive Media rethinks their position on this. If they lose quality speakers and content, they will lose attendees. And I don’t see how they won’t lose quality speakers with this change. I’m not a major voice, but mine is raised with an awful lot of others who are.

This was my last word on the subject, when asked to speak at SES Denver:

“Thanks for your email. I’m not available for the Denver conference because I’m speaking at [redacted] the week before.

As it is, I’m extremely uncomfortable with the way this conference series is headed – pay to speak or bring a brand. As a consultant, my clients are often very large brands, but they count on me to keep their identity confidential. I am not willing to compromise my ethics for a speaking slot where I provide free content that I already don’t get paid for.

If you decide to change your model, please let me know. I speak for the exposure it provides and to be a source of accurate content in an increasingly fragmented and myth-driven industry. If these are your values, I’m happy to be a part of it.”

I’ll remain hopeful that those values will change.

UPDATED: We received the following response via FaceBook from Laura Roth, Head of Content, Interactive Marketing Division at Incisive Media:

Thank you Laura for taking the time to respond. We’ll reserve any further judgments until things are clarified.